The U.S. labor market’s healing process appeared to pick up speed last week, as the number of people filing initial claims for jobless benefits fell to its lowest level in almost a year.

The Department of Labor said that initial jobless claims fell to 684,000 from 781,000 the previous week. Last week’s figure was revised up slightly from an initial estimate of 770,000.

The number of continuing claims also fell by some 260,000 to 3.87 million, its lowest since March last year.

The data on continuing claims are reported with a one-week lag to initial claims.

That is also true of the broader dataset that covers all people claiming unemployment-related benefit claims. That dataset showed a less positive development, with the overall number of claimants rising by 734,000 to 18.95 million.

“The gentle downward trend in place since late January is intact,” said Ian Shepherdson, chief economist with Pantheon Macroeconomics, in emailed comments.  However, he warned the pace of gross layoffs remains alarmingly high, above the 655,000 peaks seen after the 2008 crash.

“The rate of gross job losses, presumably concentrated in the consumer services sector, remains depressingly rapid.  We’re guessing that each week sees some firms either downsizing further or throwing in the towel, unable to hang on until the economy reopens,” Shepherdson said, adding that “this gradual attrition should not last much longer: we expect claims to fall sharply as the economy reopens fully across the second quarter.”

The numbers were released at the same time as the government issued its final reading for economic growth in the fourth quarter. Gross domestic product growth was revised up slightly to an annualized rate of 4.3% from 4.1%, but the more important development was arguably a sharp slowdown in prices for core personal expenditures, the Federal Reserve’s preferred measure of inflation. Core PCE prices rose only 1.3% on the year in the fourth quarter, below expectations for 1.4%. However, the third-quarter’s data were revised up to a gain of 3.4%. 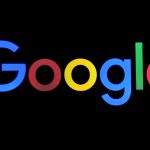 Biden leaves his mark on markets in first 100 days

By Administrator_ India Capital Sands A bill to increase for

By Administrator_India Capital Sands The Centre on Monday tr