Oil Up Over China Plans To Boost U.S. Crude Imports

Oil was up on Monday morning in Asia, following news that China plans to increase imports of U.S. crude in the coming months. However, new COVID-19 outbreaks capped gains.

According to the U.S. government, tankers have been tentatively booked by Chinese state-owned oil firms to carry at least 20 million barrels of U.S. crude for August and September. There has also been a  recent spike in purchases by China’s state-owned oil and gas firm PetroChina and its largest refiner Sinopec Corp.

According to Refinitiv Eikon data, China is already expected to import record 32 million barrels of U.S. oil in August. This has eased investor worries that China, a top U.S. crude buyer, will not meet its purchase commitments under phase one of the trade deal between the two countries.

However, a worsening COVID-19 situation in multiple places around the world has put the brakes on further gains. In the U.S., deaths surpassed 170,000, according to Johns Hopkins University data. Singapore has also recorded 86 new cases on Sunday. New Zealand entered new lockdowns after recording several dozen cases of Covid-19 despite going 100 days without any new community outbreaks.

Investors will be closely looking at a panel meeting of the Organization of the Petroleum Exporting Countries and its allies (OPEC+) that was pushed back to August 19 for more clues about the direction of the market. 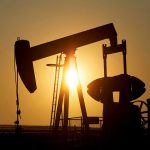 Oil sharply lower in Asia ahead of OPEC+ meeting